A year at Driftwood Garden

I’ve been opening my small garden by the sea for the National Garden Scheme since 2011. In those 6 years, we have seen 4500 visitors and raised £22000 for the scheme but have seen over 17000 visitors altogether and raised nearly £100000 for all charities.

Back in January 2017, I decided to photograph the back garden from the same point, on the same date, each month! It is interesting, even for me, to take a look back at the 12 images as a picture diary of what happened in the garden in 2017!

As you might imagine, not a lot really happens in January, February and March. The fleecing you see during these 3 months is not to protect plants from the cold but to keep them safe from the wind damage! Driftwood is just a quarter of a mile from the sea and the wind can be extremely severe. To make matters worse, it is salt laden too, so can do much damage to delicate ferns and palms. These months see me preparing the publicity work for the gardens opening for the scheme in the Summer for East & Mid Sussex. 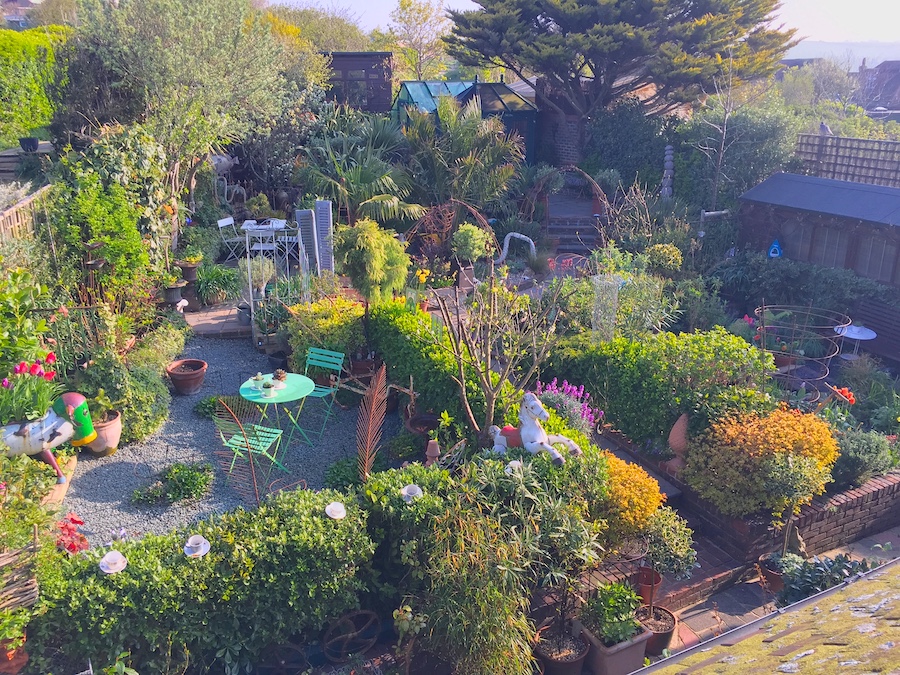 Now, by April you can see a real transformation. I’m beginning to prepare for my first garden opening for other charities on the 10th June. To start with, there is a bit of sun which really helps. I have begun to take all the garden ornaments and furniture out of storage from Summer House and shed! The screening, I take down each year and put back in different places, has started to emerge, helping create the different garden rooms.  You can see a few tulips in bloom, providing some splashes of colour. 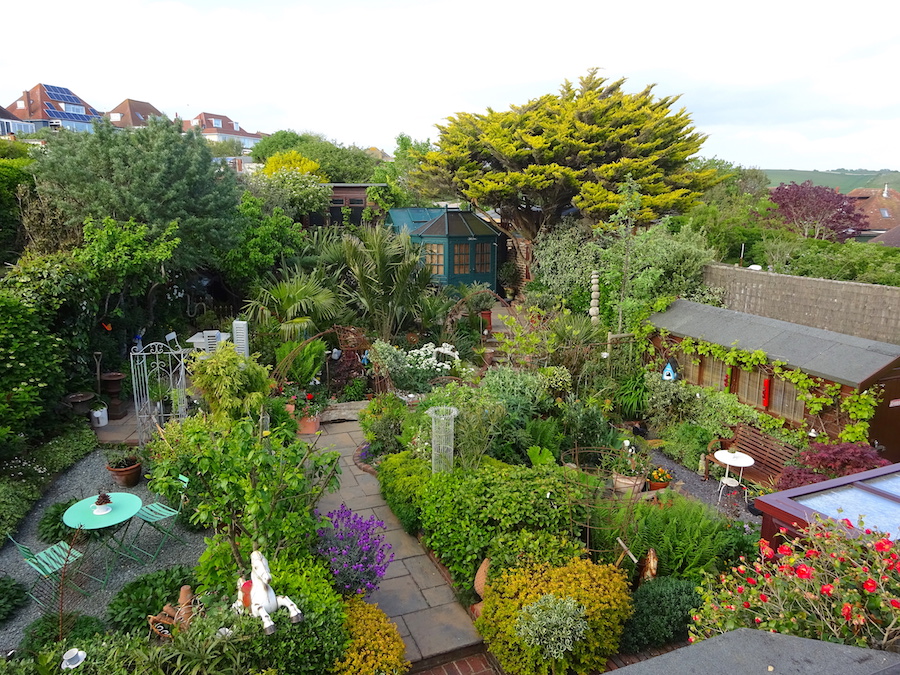 By May there are a few more leaves on the trees, a camellia is in full bloom and the white flowers of the sea kale look good in the centre! It is all starting to look a bit lush! I store many objets d’art for the winter and they all appear again in May helping to transform the garden. 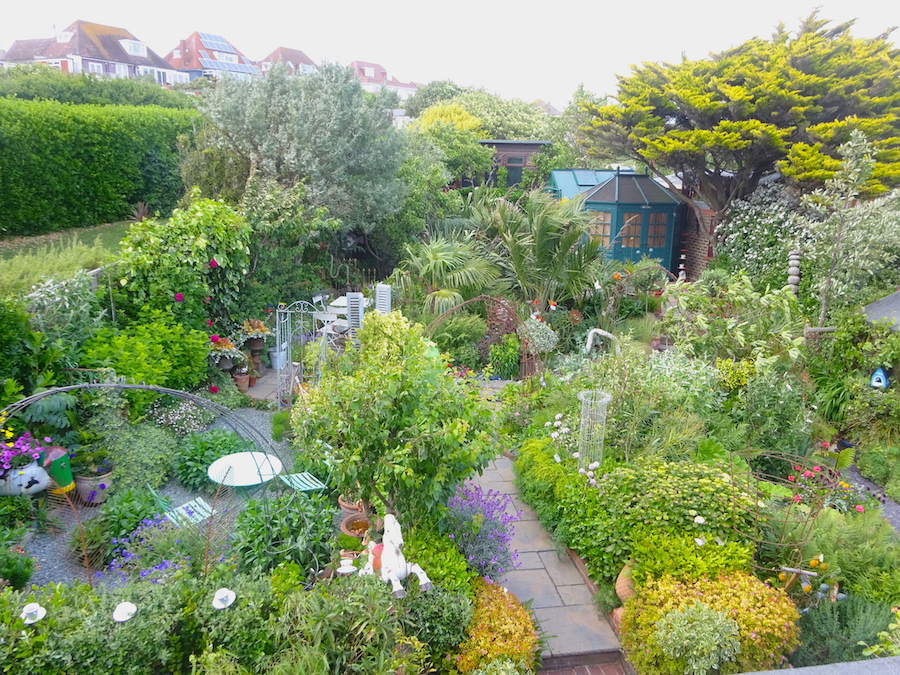 Ordinarily, I would say that June and July are the best months for colour in the back garden but as the June photo shows, that was not the case in 2017. The annuals are all planted out but not many flowering, just a few petunias and the rose, Tess of the Durbervilles on the left. 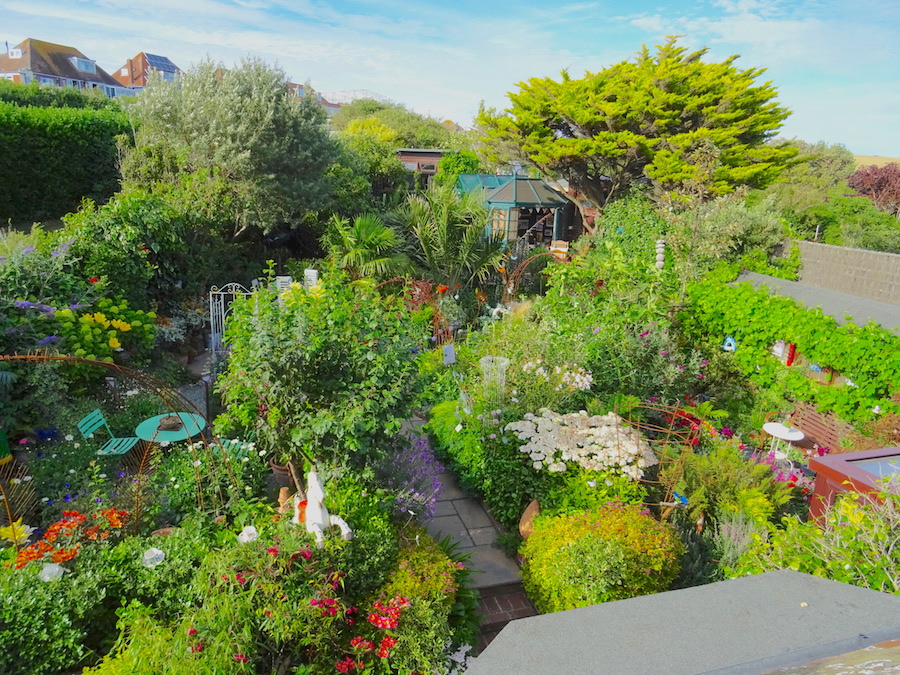 Certainly, by July there was much upward growth, and more colour with Alstromeira Indian Summer, Hydrangea Schneeball, Buddleja magenta, lilies and Shasta daisies to name but a few. Extra tables and chairs are put out on the public open days (usually 14 each year) to allow us to serve my delicious home-made tea and cakes too. I’ve baked over 7000 portions since we started!

Unusually in August you can see that it looks the best month of all. The Shasta daisies are swamping the green table and chairs and the corridor of planting right behind the house looks the best it has looked all Summer. There are four National Garden Scheme dates in 2018, 19th June, 10th and 24th July and the 5th August so why not visit all four and see the changes! 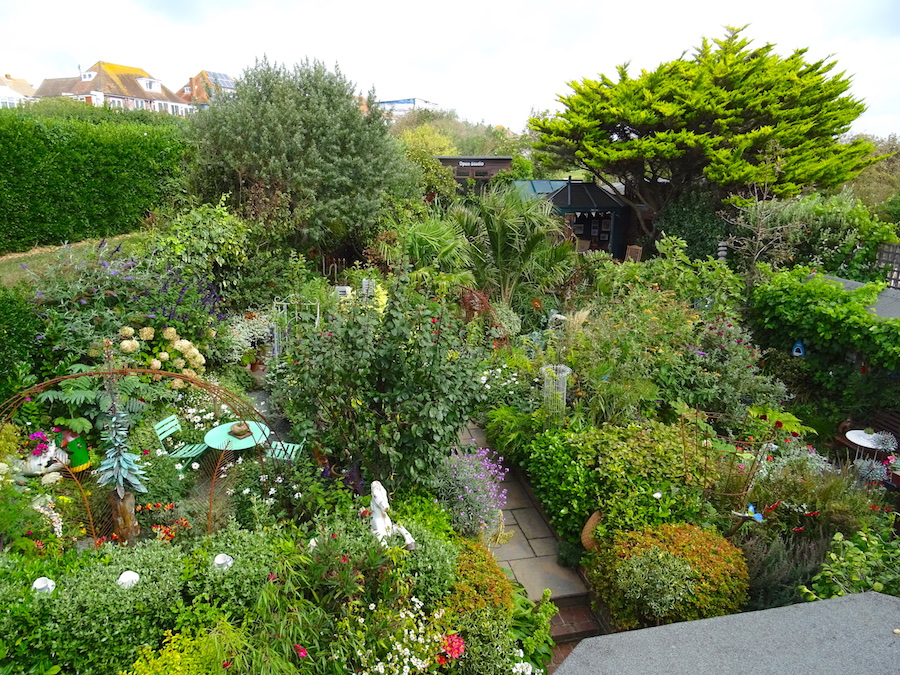 By September, I expect it to start going over, as we close the garden gate to the public on 3rd of the month after a 3-weekend art festival held in the garden, when we generally sell over £12000 art. You can see one of the large pieces near the green table. It is still looking quite good though! 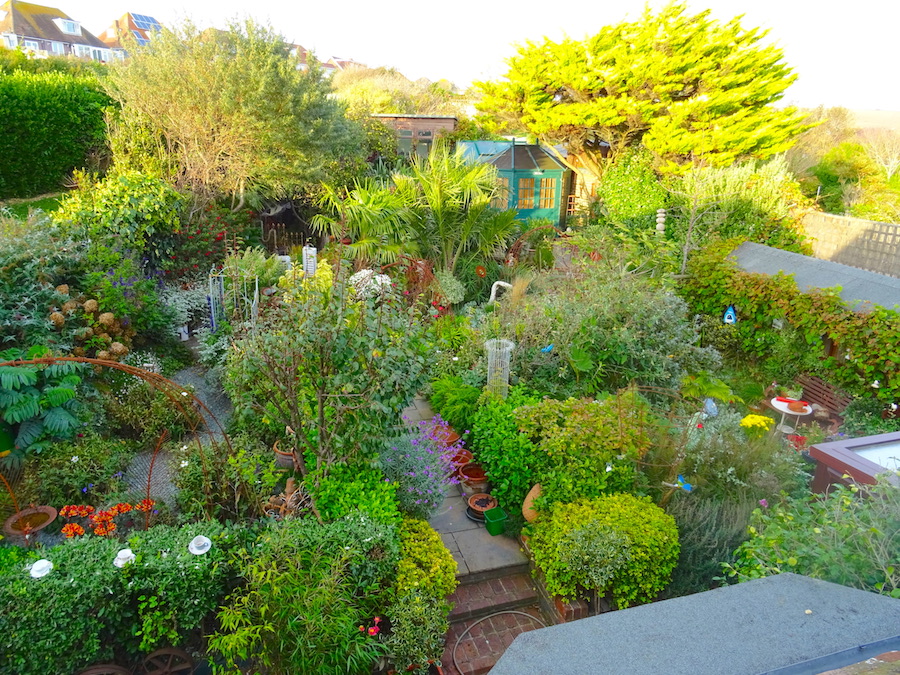 Unusually there is still much colour in October. I’d started to remove some of the dead annuals, as you can see from the empty pots on the central path. This was probably the first year in the 10 years I’ve been opening that it has looked this good at this time of the year! 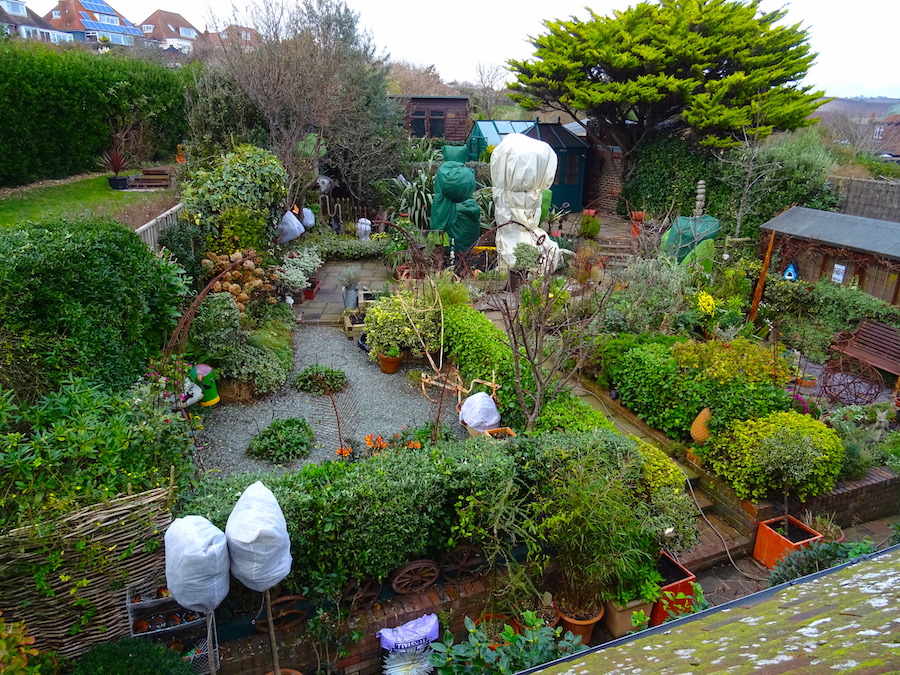 By November it is time to protect the more delicate palms again from the oncoming winter winds. Plants have been cut back and moved to sheltered areas at the back of the house. Hedges have been trimmed on the perimeter and along the central path. Looking neat and tidy for the quiet Winter months. 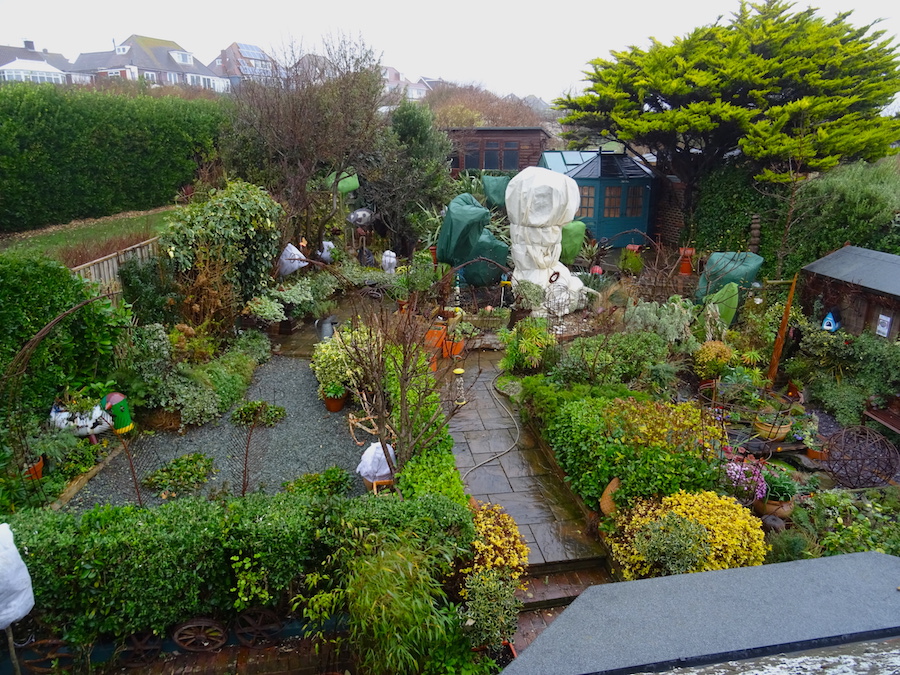 December does not look much different as I don’t tend to do much work outdoors as my other passion is Christmas decorations!

Driftwood is also open by arrangement for the National Garden Scheme too during June, July and August!

Click here to find out more about visiting Driftwood.

Blooming London: the plant diary of a London square during lock down

A pleasant occupation for a spring day