Alison Kellet talks about her imminent first opening for the NGS

What was the garden like when you moved in?

The previous owners had let it go and the garden was completely overrun, the remains of a vegetable garden was unrecognisable and full of rabbit holes, the tennis court had turned back to pasture and the woodland garden was full of nettles and weeds and had originally been a water garden with an ornamental bridge and had paths winding through a sunken spinney.

How long has it taken to restore the garden?

18 years with the same gardener, Brian, I could not have done it without him! I didn’t know a thing about gardening so called in a designer (Stephen Woodham) who still comes to keep an eye on things. 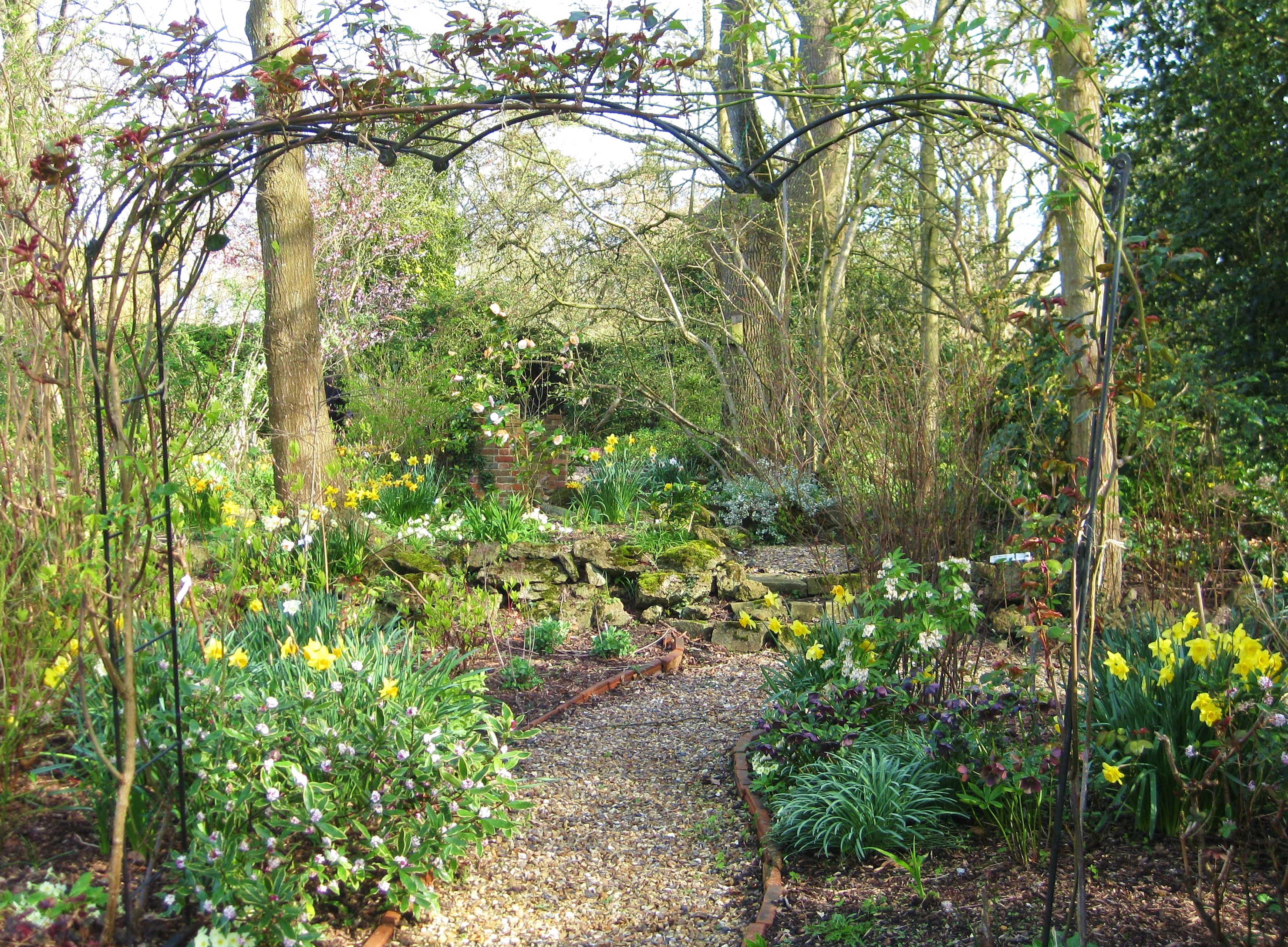 What are you most pleased about the garden now?

There is a place to go in nearly every month of the year: the sweet smelling Daphne Odora in January, the snowdrops in February, Tulips in March. Emerging green leaves of the copper beech at the start of summer, then peonies, wisteria, alliums, roses, dahlias. In Autumn there are acers and the blazing yellow of the tulip tree liriodendrum.

What will a visitor see?

In the spring the woodland comes into its own and the garden is a riot of colour, divided into rooms and linked by paths. To create structure there is a sculpture, meandering paths, stone steps, hedges, paths and lots of yew and box. There is a natural pond with a weeping willow with views over the countryside.

What made you decide to do a Spring Walk and Talk?

A neighbour who has already opened her garden for the NGS encouraged me to call when she saw the spring garden. I felt it would be a good endeavour to share all the hard work that has gone into the garden.

Yr Efail, Ceredigion; a garden in the foothills of the Cambrian mountains

The Priory, Suffolk: 60 years of brilliance